Surely everyone can agree the success of the UK’s Creative Industries is something we can all be proud of. The government themselves published figures in 2016 that show they are worth £84.1 billion per year to the UK economy. And yet the foundation of that success is being put at risk.

This open letter in the Guardian from a wide range of artists — including Antony Gormley, Rachel Whiteread, Mona Hatoum and Anish Kapoor — is just the latest in a long line of complaints people have about the narrowness of the Ebacc curriculum.

British artists: Ebacc will damage creativity and self-expression
We are writing to express our grave concern about the exclusion of arts and creative subjects from the new English baccalaureate, or Ebacc, for secondary school children, which we believe will seriously damage the future of many young people in this country. There is compelling evidence that the study of creative subjects is in decline in state schools and that entries to arts and creative subjects have fallen to their lowest level in a decade. Young people are being deprived of opportunities for personal development in the fields of self-expression, sociability, imagination and creativity.

The introduction of these performance measures and targets that concentrate on core subjects is having an undeniable effect on the range of subjects across our schools.

The disappearing subjects
The change for non-EBacc subjects is clear, depressing and substantial. Whilst some ministers have been in denial about the impact of the EBacc the old, gnarled ex-Deputy Heads with responsibility for the curriculum, options or timetables, of which I am one, knew this data was coming.

Here, the presumptions around some subjects being easier than others are challenged.

EBac: ‘With what authority is it being argued that art, social sciences, D&T, and the rest, are not “stretching”?’
The idea of core academic subjects is an example of lazy thinking. It seems unconnected to the conversations being had in other educationally high-performing countries about what it is to be educated today. In England, we need high-quality options that are broad, rich and deep for all children, not the five restricting pillars that we are being offered.

There are concerns at primary school level, too. In another Guardian open letter, past winners of the BBC Young Musician competition are seeking improvements in music education.

Letters: restore music to our children’s lives
However, despite some brilliant schemes, we are all deeply concerned that instrumental music learning is being left to decay in many British schools to the point that it could seriously damage the future of music here and jeopardise British music’s hard won worldwide reputation.

Today, we are launching a campaign for every primary school child to be taught to play an instrument, at no cost to them or their families. It is crucial to restore music’s rightful place in children’s lives, not only with all the clear social and educational benefits, but showing them the joy of making and sharing music. We are especially concerned that this should be a universal right. This is an opportunity to show the world that we care about music’s future and its beneficial impact on our children.

And here’s a call for a focus on creativity at university level.

The UK’s #1 skill should be creativity
If the review is serious about the skills the country needs then a focus on creativity is essential. Skills developed in art, design, the performing arts, and humanities courses should be given the same value as those found in other disciplines – with creativity the boundary spanning concept for all subjects and disciplines.

Serious unintended consequences may result in the failure to recognise the value of the arts and humanities, and their promotion of creativity as the core skill the country needs. This goes beyond just purely monetary returns, as this number one skill will also lead to a more engaged, joyful and sustainable society.

This debate around the Ebacc’s effects on the subjects schools should be offering has been going on for years. Here is the former Conservative Education Secretary Kenneth Baker, from 2016. 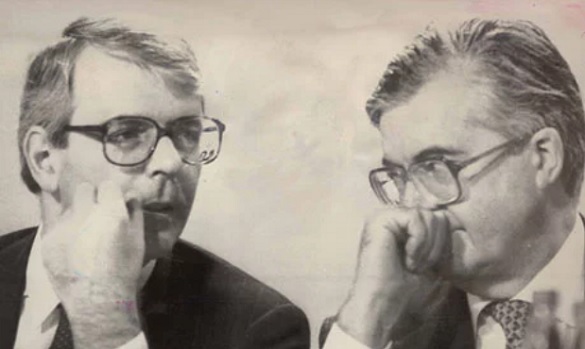 Kenneth Baker: ‘We need design, art, music and drama in the heart of a new baccalaureate. The current EBacc doesn’t work’
Secondly, the current EBacc is almost word for word a curriculum that was announced by Robert Morant, secretary to the Board of Education, in 1904. Even Morant saw fit to add one technical subject – drawing! It is clear the EBacc is a classic example of old-fashioned thinking. It hasn’t worked very well for the last 112 years, so in its place we should be looking for a 21st-century approach that equips young people for the age of the digital revolution.

Former Tory education secretary Lord Baker attacks government’s EBacc target
“With hindsight, I now wish I had ended the national curriculum at 14,” Lord Baker said. “This narrow-minded view persists that ‘technical’ and ‘vocational’ forms of education are for those who fail to achieve academically; in reality, the countries with the lowest youth unemployment and the most highly skilled workforce are those where technical subjects are studied side-by-side with academic subjects.”