I think I might have remembered that the Inkas never invented the wheel, but I didn’t know they hadn’t invented writing. It seems so fundamental to civilisation development. Apparently ‘knot’.

The khipu code: the knotty mystery of the Inkas’ 3D records
But, after more than a century of study, we remain unable to fully crack the code of the khipus. The challenge rests not in a lack of artifacts – over 1,000 khipus are known to us today – but in their variety and complexity. We confront tens of thousands of knots tied by different people, for different purposes and in different regions of the empire. Cracking the code amounts to finding a pattern in history’s knotted haystack.

Ok, I can just about understand the like-an-abacus-but-made-of-string category of these strange artefacts, but those types only accounts for two thirds of the ones remaining today.

The remaining third of these devices – the so-called narrative khipus – appear to contain encoded non-numerical, narrative information, including names, stories and even ancient philosophies. For those who love puzzles, the narrative khipus are a godsend. 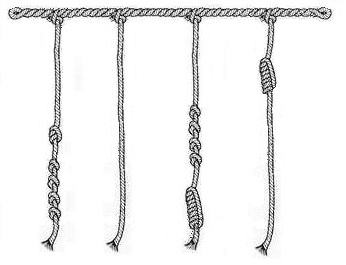 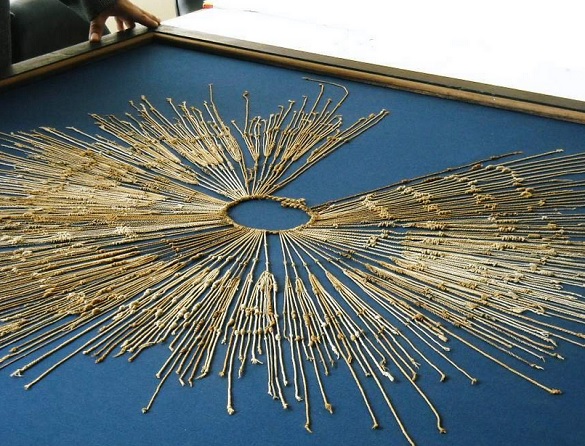