We’re off to see Opera North’s Tosca in a few weeks. Can’t wait, it’s been getting some great reviews.

Tosca, Grand Theatre, Leeds, review: Drama to hit you in the gut – chiming with the demands of Puccini’s music
Post-Weinstein, and following revelations of world-wide corruption in the Catholic church, recent history has played into the hands of any director who wants to give Puccini’s Tosca topicality. Edward Dick and his team have eagerly grabbed this opportunity: their production for Opera North is both viscerally shocking in its violence, and queasily recognisable in its portrayal of the deal which power likes to make for sex.

Tosca review, Opera North, Grand Theatre Leeds: a brutal, thumping success
The closest opera has yet come to the world-view of the action movie, Tosca hits hard, below the belt.There is no subtlety to mine here (though I toy with a fancy that Tosca might secretly be quite excited by Scarpia’s sexual offer) and no time to waste: from the violent opening explosion to the heroine’s final defiant death leap, Puccini has no higher aim than that of gripping an audience by its vitals. 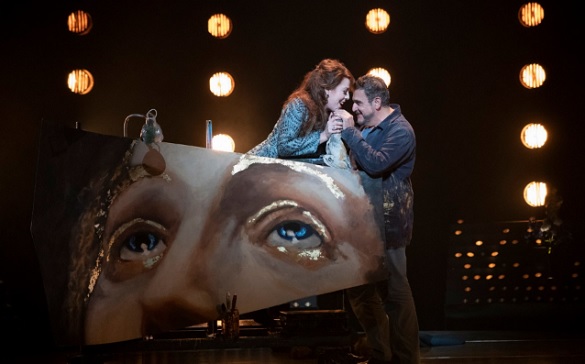 Tosca review – contemporary take on Puccini is compelling and creepy
Edward Dick’s provocative, if quirky new production of Tosca for Opera North relocates Puccini’s political thriller from Rome during the Napoleonic wars to an unnamed present-day country in which church and state collude as forces of reaction. Dick is acutely aware that the opera maps on to the concerns of our own times – the printed programme contains photographs of a Five Star Movement rally in Rome and Donald Trump standing, head bowed, in front of a wooden cross. The staging alludes, too, both to the emergence of the new far right and the abusive sexuality that has resulted in #MeToo. 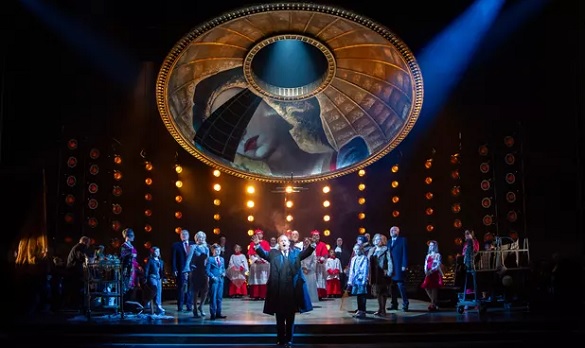 Tosca, Opera North review – exciting update, strong on sonic thrills
Puccini’s Tosca isn’t a subtle work, and this, Opera North’s fourth production since the company’s founding in 1978, is occasionally too loud and crude. But it’s undeniably powerful. Edward Dick’s 2017 Hansel and Gretel left me a little nonplussed, but this Tosca is miles better, a colourful update which manages to juggle plenty of schlock with sound artistic nous. He’s helped by conductor Antony Hermus, making his Opera North debut and securing some terrific, full-throated orchestral playing, much of it at the upper end of the dynamic scale.

In preparation, I’ve been listening to this Callas recording — it’s all pretty thunderous stuff!

The Opera North version is directed by Edward Dick, the guy behind the amazing Hansel and Gretel we saw last year.