* Being deceitful, that is. Or maybe just willfully ambiguous?

Let’s start with Alex Hayman from Which? University.

Students need clarity when choosing a university
It has been almost a year since the Advertising Standards Authority upheld a number of complaints about misleading information in HE. Despite the clear warnings, we’ve investigated and found at least six universities included examples of unsubstantiated or unverifiable claims about their standing on their websites, in likely breach of advertising standards. This just isn’t good enough.

Various examples are listed. This is an interesting line from The Guardian.

UK universities ‘still inflate their statuses despite crackdown’
The continued use of assertions about high international status is evidence of the strain universities are under to increase their domestic and international student recruitment, as well as the effects of global rankings.

Hmm. But, of course, it’s not just the universities that are happy to stretch the truth.

Essay mills: ‘One in seven’ paying for university essays
More students than ever are paying someone else to write assignments for them via “essay mills”, a Swansea University study has revealed. The survey of more than 50,000 students, found 15.7% admitted to cheating since 2014 – up from an average of 3.5% over the last 40 years. […]

It showed the amount of students admitting to contract cheating, when students pass off a custom-made essay as their own, has increased over time. But Prof Newton, director of learning and teaching at Swansea Medical School, suggested the number could be much higher, as students who have paid for essays to be written are far less likely to volunteer to take part in surveys on cheating.

Indeed. But what if you want to exaggerate how much work you’ve done, but are a little short on funds? Free fonts! 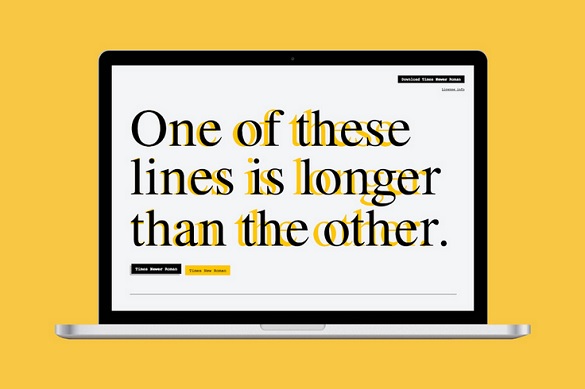 Times Newer Roman is a sneaky font designed to make your essays look longer
According to Times Newer Roman’s website, a 15-page, single-spaced document in 12 point type only requires 5,833 words, compared to 6,680 for the standard Times New Roman. (That’s 847 words you don’t need to write, which is more than twice the length of this post!) […]

Of course, it’s the digital age, so there are some downsides: Times Newer Roman will only work for assignments you have to submit by hand or in a PDF. If you’re sending in a Word document using a custom font that professors almost certainly don’t have installed won’t help. Similarly, Times Newer Roman is only useful for hitting larger page counts; if you have a strict word count limit, you’re out of luck.