Another piece on Eugenia Kuyda and how Replika came about, following an attempt to create a bot that could discuss restaurant recommendations.

This AI has sparked a budding friendship with 2.5 million people
Kuyda had high hopes for the service because chatbots were becoming all the rage in Silicon Valley at the time. But it didn’t take off. Only about 100,000 people downloaded Luka. Kuyda and her team realized that people preferred looking for restaurants on a graphical interface, and seeing lots of options at once.

Then In November 2015, Kuyda’s best friend, a startup founder named Roman Mazurenko, died in a car accident in Russia.

I’ve heard it before, but it’s still a sad start to the story.

Replika’s growing popularity among young people in particular (its main users are aged between 18 and 25) represents a renaissance in chatbots, which became overhyped a few years ago but are finding favor again as more app developers can use free machine-learning tools like Google’s TensorFlow.

It also marks an intriguing use case for AI in all the worry about job destruction: a way to talk through emotional problems when other human beings aren’t available. In Japan the idea of an artificial girlfriend, like the one voiced by Scarlett Johansson in the movie Her, has already become commonplace among many young men.

You must check out that last link, about those Japanese artificial girlfriends. It’s hard to believe the manufacturers, Gatebox, are suggesting you can have a relationship with an alarm clock.

A holographic virtual girlfriend lives inside Japan’s answer to the Amazon Echo
Instead of a simple, cylindrical speaker design, Gatebox has a screen and a projector, which brings Hikari — her name, appropriately, means “light” — to life inside the gadget. On the outside are microphones, cameras, and sensors to detect temperature and motion, so she can interact with you on a more personal level, rather than being a voice on your phone.

The result is a fully interactive virtual girl, who at her most basic can control your smart home equipment. The sensors mean she can recognize your face and your voice, and is designed to be a companion who can wake you up in the morning, fill you in on your day’s activities, remind you of things to remember, and even welcome you back when you return home from work. 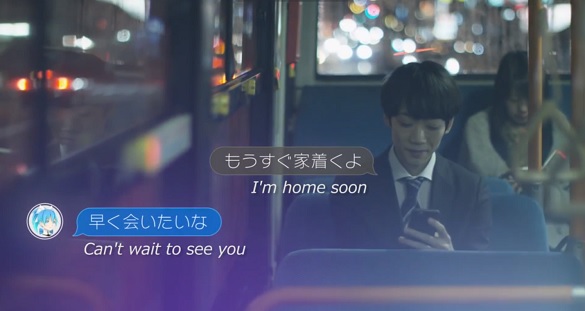