We take so much for granted these days, screens are everywhere, moving images are all around us. It’s hard to imagine what it must have been like before this deluge.

Our ideas about what early movies looked like are all wrong
During the first film screenings in the 1890s, viewers marvelled at moving images that had an unprecedented power to transport them to faraway places in an instant. At first, these shorts – which included glimpses of everything from Niagara Falls to elephants in India – had no narrative structure. Audiences flocked to theatres simply for the novel experience of seeing people and places, some familiar and others deeply strange, rendered lifelike and immediate before their eyes. And, as the film curator Dave Kehr explains in this video from New York City’s Museum of Modern Art (MoMA), the images were hardly the grainy and frantically paced footage that has become synonymous with ‘old film’ today. Rather, viewed in their original form on large screens and prior to decades of degradation, these movies were vivid and realistic. In particular, early 68mm film, which was less practical than 35mm film and thus used less frequently, delivered startlingly lifelike impressions of distant realities to early moviegoers.

It’s quite arrogant of us to dismiss those early films as merely a stepping stone to our superior technologies today. You could argue that, given the quality of these new versions and the freshness of those first audiences, these movies made more of an impact than what we see today. 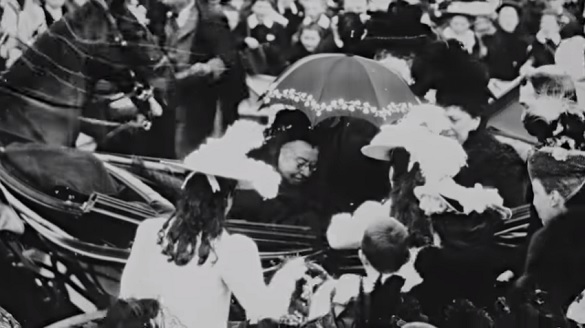 And perhaps the same can apply to television a few decades later.

#OnThisDay 1977: Thanks for the Memory – The Viewer's View asked people what they thought about television.

This woman was likely approached for a snappy vox pop, but ended up delivering something closer to a dramatic monologue. Fantastic stuff. pic.twitter.com/vzQTAe3ujz

I love the idea of fake aerials. Of course, you can take a love of television too far.

Someone left old TVs outside 50 homes in Virginia while wearing a TV on his head. No one knows why.
“Everyone started coming out of their houses, walking around the neighborhood looking at the TVs there on the doorstep,” said Jeanne Brooksbank, one of the recipients, who lives in the Hampshire neighborhood. “It was very ‘Twilight Zone.’ ” 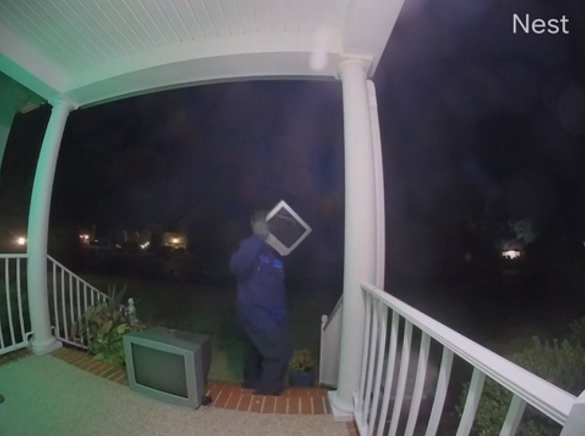 2 thoughts on “The thrill of seeing”