We’ve seen that the impact of AI on the art world has been quite transformative. Here’s how another new technology is changing what’s possible.

Umberto Boccioni: Recreating the lost sculptures
The destruction, in 1927, of a number of plaster and mixed-media sculptures by the Futurist artist Umberto Boccioni (1882-1916) was a tragic loss for avant-garde art. Of the many ground-breaking sculptures he created between c.1913 and 1915, only a handful remain in existence today. Now, using a combination of vintage photographic material and cutting-edge 3D printing techniques, digital artists Matt Smith and Anders Rådén have recreated four of Boccioni’s destroyed works: a volumetric study of a human face titled Empty and Full Abstracts of a Head, and three of the artist’s iconic striding figures. This ground-breaking display enables modern audiences to ‘see’ these lost masterpieces for the very first time. 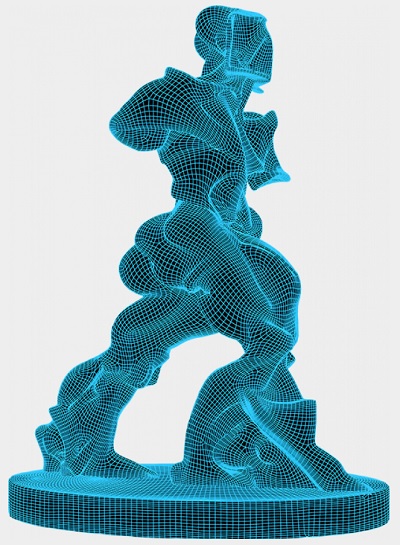 Boccioni’s best-known three-dimensional work is Unique Forms of Continuity in Space, the original plaster version of which belongs to the University of São Paulo’s Museum of Contemporary Art. One of the most instantly recognisable of all modernist sculptures, it appears on the Italian 20c coin. Dating from 1913, the work represents an aerodynamic figure – part man, part machine – racing energetically towards the brave new world envisioned by the Futurist movement. It was preceded by three sculptures on the same theme: Synthesis of Human Dynamism, Speeding Muscles and Spiral Expansion of Muscles in Movement. Until now, all that remained of these earlier works were a number of photographs taken in Boccioni’s studio and at three exhibitions around the world from 1913 to 1917. Careful study and comparison of these images has now enabled the creation of highly accurate 3D reconstructions of the original works, which were entrusted to a sculptor named Piero da Verona following the artist’s death, who subsequently disposed of them.

Umberto Boccioni. Unique Forms of Continuity in Space. 1913 (cast 1931 or 1934)
Unique Forms of Continuity in Space integrates trajectories of speed and force into the representation of a striding figure. It does not depict a particular person at a specific moment, but rather synthesizes the process of walking into a single body. For Boccioni, one of the key figures in the Italian Futurist movement, this was an ideal form: a figure in constant motion, immersed in space, engaged with the forces acting upon it. 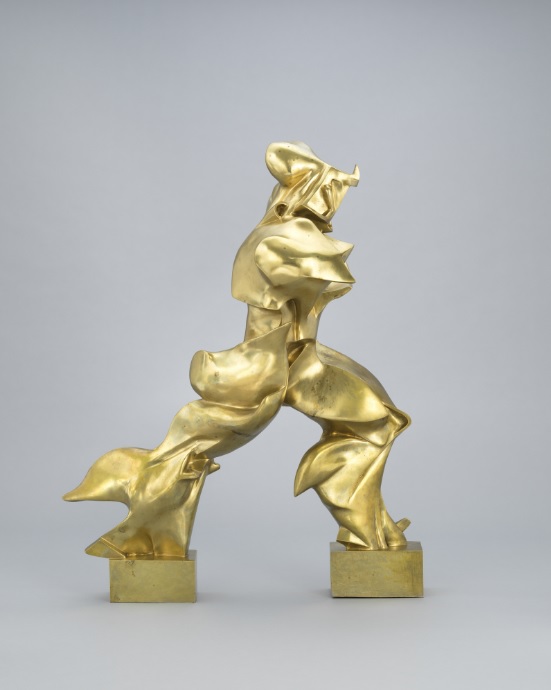 It reminded me of Universal Everything’s Walking City, but I think I prefer this version they did for Hyundai. More dynamic, and the merging of figures with speed and transport is definitely a key Futurist theme.

Running Man
Building upon Universal Everything’s series of films exploring human movement and digital costumes, Running Man is an expression of Resource Circulation, the automotive company’s eco-friendly production process – from steel to car to steel. The digital artwork’s sequence of costumes is inspired by this looping production cycle, as it evolves from scrap metal to molten and rolled steel, before being formed into a car frame, designed body and the fully realised car. The process is completed as the car is streamlined and recycled into the raw materials. 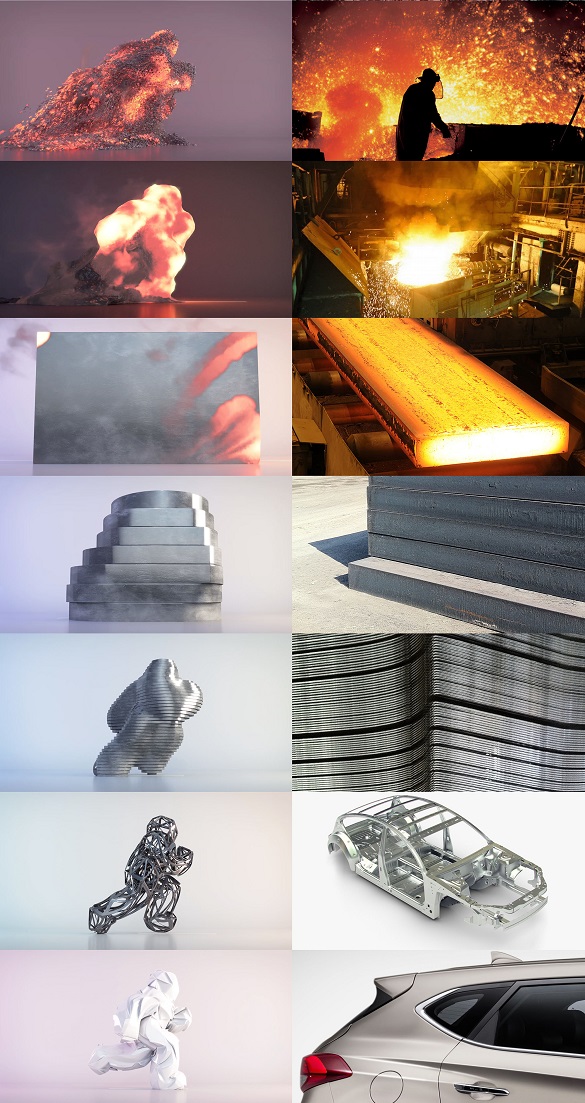