Not being a fan of the game doesn’t stop me from enjoying these two recent football articles from The Guardian’s Art Weekly newsletter, especially with one being from my home town.

A fan’s-eye view at the football – a photo essay – The Guardian
I was interested in capturing characters, emotions and expressions and also the dynamics of the group. I kept an instinctive approach throughout and often shot from the hip. Nothing was planned or staged. It was all about capturing those little moments – a feeling that could so often get lost if I’d spent time framing the shots.

It definitely helped being a Spurs boy, but you don’t just turn up and get invited in and start taking pictures. In the beginning there were certainly a few people who questioned what I was doing pointing a camera in their face. I knew from the beginning that I had to take my time. It was important for me to get to know people first, find out what they are doing and just go with the flow. It might sound like a cliché, but you can’t make images happen when you want them to – the images will come to you. It’s a little bit like fishing – sometimes you catch something and sometimes you come home empty-handed. 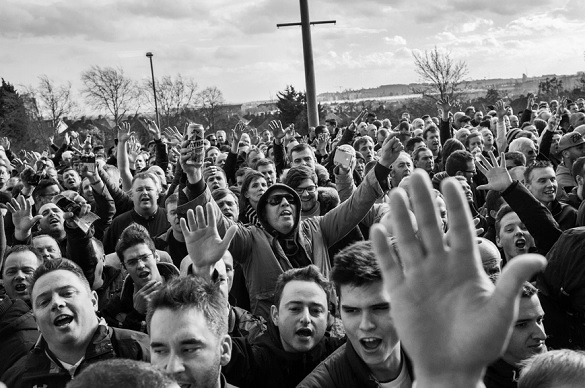 The Leeds United fan making the city beautiful – one electric box at a time – The Guardian
Popular with fans and residents alike, McVeigh creates his designs independently – he isn’t paid for his time or imagination – simply seeking to improve the aesthetics of his local neighbourhoods and honour his home club. “There’s virtually no Leeds United art anywhere in the city, which seems daft to me,” says Andy. “Even in the City Museum there’s a pretty pathetic token gesture to the club when it’s one of the most famous things about the place.”

The murals leading to the ground have become part of the matchday experience for many, with fans tapping the boxes for luck before games. Younger fans are also enamoured with his colourful compositions. “Kids love it, which is brilliant because I’m a primary teacher and had that in mind when I did them. One bloke told me his kids asked him to do a tour of them with him.” 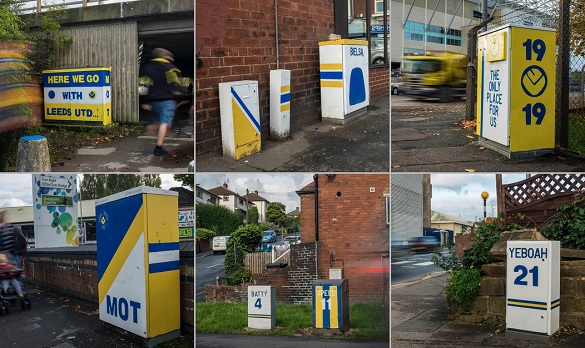