Let’s have a break from all that, with news of an exhibition in London I’d love to see, Among the Trees: “By turns poetic, adventurous and thought-provoking, this group exhibition explores our relationship with trees and forests.” As we saw earlier, they can be remarkably eloquent.

Five things to know about Among the Trees – Southbank Centre
There are artworks that push at the very limits of the building, and celebrate the soaring scale of trees. Eija-Liisa Ahtila’s huge, cinematic portrait of a 30-metre spruce, for example, takes over almost the entirety of one of the lower galleries, while Guiseppe Penone’s Tree of 12 Metres (1980–82), a sapling painstakingly excavated from an industrially planed piece of timber, stops just short of the ceiling. 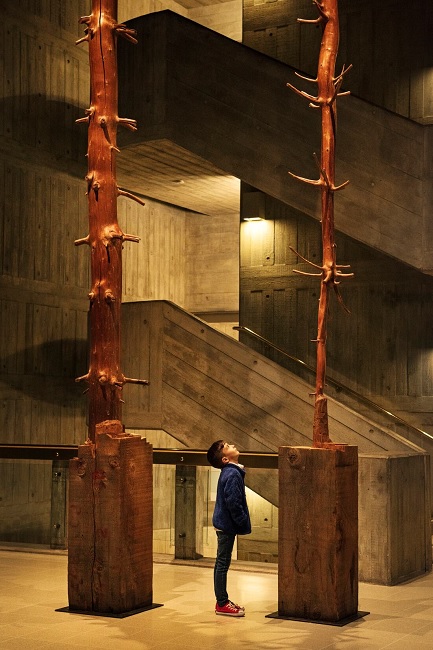 Among the Trees review – a knotty problem – The Guardian
Running the entire width of one floor at London’s Hayward gallery is a six-screen video which depicts, at about life size, a spruce tree swaying in the breeze in Finland. To accommodate its scale, the tree is projected horizontally, and at its foot stands the artist Eija-Liisa Ahtila, in a blue parka, dwarfed by the spreading conifer. The six projected sections of the tree tremble and sway out of sync with one another, adding to a growing sense of majestic befuddlement. You can’t take it in all at once, any more than you could if you stood before the real thing. Distantly, I hear the branches soughing and faint birdsong. Titled Horizontal – Vaakasuora, it makes you look and look some more. 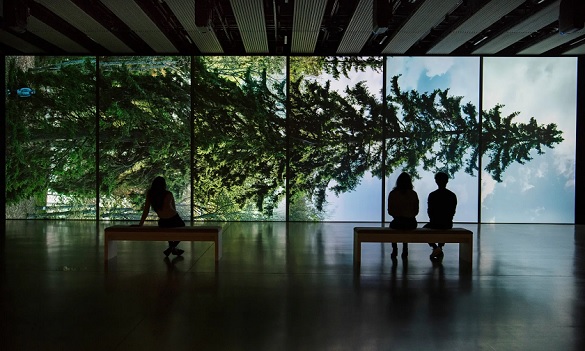 Trees at night: stunning Rorschach silhouettes from the 1920s – Brain Pickings
In his fifties, Young’s imagination fell upon a subject both wholly natural and wholly original — the expressive humanlike shapes, states, and emotions emanating from the silhouettes of trees at night. He began rendering what he half-saw and half-imagined in pen and ink — haunting black-and-white drawings full of feeling, straddling the playful and the poignant. These visual poems, replete with the strangeness and splendor of nature and human nature, become the kind of Rorschach test one intuitively performs while looking at the sky, but drawn from the canopy rather than the clouds. 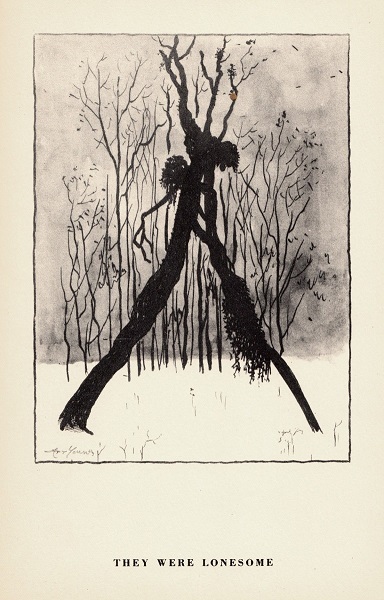 And finally, here’s a request for us to reconsider our view of trees within cities, and to appreciate the many benefits mature trees can bring to society. (via Sentiers)

Trees as infrastructure – Dark Matter Laboratories
[T]he ecological benefits of trees substantially start after 50 years of existence; we are currently building a deficient urban forest. Shifting our view to perceive public trees as assets rather than liabilities is an important aspect of maintaining and enhancing the benefits that trees provide in an urban setting.