The most dangerous people on the internet this decade – Wired
In some cases these figures represent dangers not so much to public safety, but to the status quo. We’ve also highlighted actual despots, terrorists, and saboteurs who pose a serious threat to lives around the world. As the decade comes to a close, here’s our list of the people we believe best characterize the dangers that emerged from the online world in the last 10 years—many of whom show no signs of becoming any less dangerous in the decade to come.

It’s not just the people that are alarming, it’s the technology too, and what can be done with it, like this investigation into the smartphone tracking industry. (I didn’t even realise there was such an industry.)

Twelve million phones, one dataset, zero privacy – The New York Times
Every minute of every day, everywhere on the planet, dozens of companies — largely unregulated, little scrutinized — are logging the movements of tens of millions of people with mobile phones and storing the information in gigantic data files. The Times Privacy Project obtained one such file, by far the largest and most sensitive ever to be reviewed by journalists. It holds more than 50 billion location pings from the phones of more than 12 million Americans as they moved through several major cities, including Washington, New York, San Francisco and Los Angeles.

Each piece of information in this file represents the precise location of a single smartphone over a period of several months in 2016 and 2017.

But perhaps there’s some room for optimism? Here’s the New York Times again, gazing into their crystal ball. 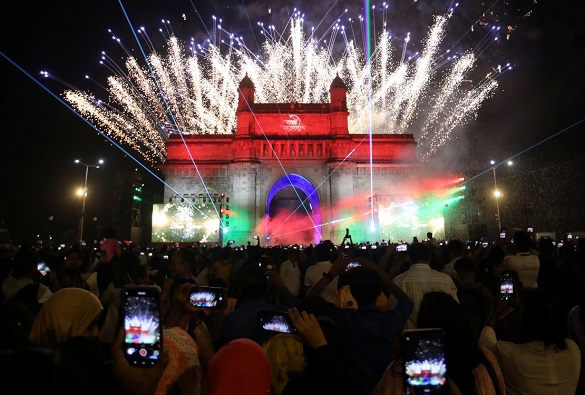 No more phones and other tech predictions for the next decade – The New York Times
There has been a lot of gnashing and wailing about screen addiction, “sharenting” and the myriad other negative effects of all the devices we have come to rely on. (I am guilty as charged.) These gadgets have been designed to hook you, not unlike sugar or cigarettes or gambling or opiates. The well known techie Tristan Harris calls it “human downgrading” — and he’s right. But there is yet another opportunity here to push for design ethics, a movement that I think will gain traction as we all assess what our dives into digital have done to humanity. While our tech devices have, on the whole, been good for most people, there is a true business opportunity in making them work more efficiently and without a reliance on addiction. Whether we move toward more intuitively created tech that surrounds us or that incorporates into our bodies (yes, that’s coming), I am going to predict that carrying around a device in our hand and staring at it will be a thing of the past by 2030. And like the electrical grid we rely on daily, most tech will become invisible.

I love the sentiment, but remain very doubtful.

I’m enjoying reading about the mess Facebook is in, with the Cambridge Analytica scandal. We all like to see successful things in trouble, I guess.

Remember when the ‘fake news’ style of direct marketing first hit Facebook by storm, allowing Trump to win the presidency? This first article from 2016 explains how these highly personalised posts worked.

Cambridge Analytica and the secret agenda of a Facebook quiz
In this election, dark posts were used to try to suppress the African-American vote. According to Bloomberg, the Trump campaign sent ads reminding certain selected black voters of Hillary Clinton’s infamous “super predator” line. It targeted Miami’s Little Haiti neighborhood with messages about the Clinton Foundation’s troubles in Haiti after the 2010 earthquake. Federal Election Commission rules are unclear when it comes to Facebook posts, but even if they do apply and the facts are skewed and the dog whistles loud, the already weakening power of social opprobrium is gone when no one else sees the ad you see — and no one else sees “I’m Donald Trump, and I approved this message.”

It turns out those staggeringly large datasets were obtained in a somewhat underhand way.

How Trump consultants exploited the Facebook data of millions
So the firm harvested private information from the Facebook profiles of more than 50 million users without their permission, according to former Cambridge employees, associates and documents, making it one of the largest data leaks in the social network’s history. The breach allowed the company to exploit the private social media activity of a huge swath of the American electorate, developing techniques that underpinned its work on President Trump’s campaign in 2016.

Surprise surprise, the company as a whole is far from ethical.

And so the powers that be are wanting answers.

Cambridge Analytica: Facebook boss summoned over data claims
In a letter to Mr Zuckerberg, Mr Collins accused Facebook of giving answers “misleading to the Committee” at a previous hearing which asked whether information had been taken without users’ consent.

He said it was “now time to hear from a senior Facebook executive with the sufficient authority to give an accurate account of this catastrophic failure of process”.

Requesting a response to the letter by 26 March, the MP added: “Given your commitment at the start of the New Year to “fixing” Facebook, I hope that this representative will be you.”

Here’s someone willing to help.

Facebook whistleblower gives evidence to MPs on Cambridge Analytica row
Sandy Parakilas, who has claimed covert harvesting was routine at the social network, told the Digital, Culture, Media and Sport Committee Facebook did not do enough to prevent, identify – or act upon – data breaches

But so far nothing.

Where is Mark Zuckerberg?
That is the most prevalent question from people following Facebook’s data scandal involving Cambridge Analytica, the data firm Trump hired to help with his 2016 presidential campaign. Over the weekend, we learned that Cambridge Analytica collected data from some 50 million Facebook users without their consent back in 2015, a revelation that has led to a public outcry about Facebook’s data policies, a tanking stock price and fear of increased regulation.

What can we do? How should we respond to all this? #DeleteFacebook?

WhatsApp co-founder tells everyone to delete Facebook
The tweet came after a bruising five-day period for Facebook that has seen regulators swarm and its stock price plunge following concerns over data privacy in the wake of revelations about Cambridge Analytica’s misuse of user data.

Hating Facebook’s easy. Deleting everything, not so much.

You want to quit Facebook, but will you really click the button? These folks tried.
According to a recent Pew Research Center poll, 68 percent of U.S. adults use Facebook, three quarters of them checking the platform daily. When Facebook reaches a moment of crisis — and it has had a lot of them recently — there’s a wave of users who wonder why they are on the platform in the first place. With the news late last week that Facebook had suspended the data firm Cambridge Analytica for improperly collecting data from Facebook users, this viral discussion about quitting for good has started once again.

But the idea of quitting always seems to spread further than the follow-through. Even as we learn more about what Facebook does to us, that knowledge comes into conflict with what Facebook has grown to do for us. For many, that moment of hovering over the deactivate button feels a lot like trying to leave a store that’s giving away candy.

If only we all did this earlier.

Should I delete Facebook? The Cambridge Analytica files explained
To avoid this kind of data breach being used to target you, you need to be very careful about the data permissions you give to your connected apps – but even if you do that, you’re still at risk of your friends offering your data to third parties when they give their apps certain permissions. Highly personalised adverts are probably on your feed already.

You have your answer.

But perhaps there’s no need to worry, because we don’t really care about any of this, after all.

The only privacy policy that matters
Do you care? We’ve gone so far down the internet highway that we rarely ask that question anymore. But it’s still pertinent. Do you care that your privacy has been, and will be, repeatedly invaded — and that anything you share (willingly or otherwise) on the internet can and will be used against you?

I think I know the answer. I don’t have access to your information. I didn’t pose as an academic to download a treasure trove of social media data. I haven’t coded a programmatic advertising platform aimed at enabling a pair of machines to automatically decide which marketing messages you’ll be more receptive to at any given moment. And yet, just by sharing this medium with you, I feel I know you well enough to know your answer.

You don’t give a shit.