If you don’t want to send your sweetheart a Vinegar Valentine’s card, you could always try something a little different, like– a Valentine’s wall?

Say it with Banksy? Valentine’s gift catapults house to street art fame – The Guardian
She said: “We really want to preserve it, but he’s given us a bit of a headache. First thing’s first is to maybe get some Perspex to preserve it so everyone can enjoy it and then try to get some professional advice. It has been a crazy day, with lots of people being able to come and enjoy it and we want people to be able to continue doing that.

“I just kept like squealing and I’ve not stopped smiling all day. It’s just so special. They are calling it the Valentine’s Day Banksy.”

Today in Barton Hill, we woke up with this remarkable mural art painted on one of the houses of the area.

Come and have a look yourself. Whoever painted, it’s worth admiring their creativity.
Thank you@TristanCorkPost @bbcrb pic.twitter.com/ppEiKAaOrH

It’s nice to see that Banksy has since confirmed it’s one of his.

OK, so sending someone some street art might not be very practical. Pen and paper it is, then.

Grab a pen. It’s time to revive the love letter. – The Lily
Unlike digital messages, they’re concrete; we can feel their weight in our hands. (“Will we ever glow when we open an email folder?” Simon Garfield writes in a book celebrating letter writing. “Emails are a poke, but letters are a caress, and letters stick around to be newly discovered.”) Months, years, decades in the future, they prove we lived and loved, savored and felt sorrow. They allow us to grasp at immortality.

Enduring love: how greetings cards are surviving the smartphone era – The Guardian
“The real growth we’re seeing is among people sending a message to cheer someone up,” says Fergusson, explaining that there has been a huge rise in “No occasion” cards. She believes millennials and gen Z are buying these cards because they are more powerful than social media messages. Hare calls her new range “contemporary sentiments” – one card says, “Just be your beautiful self”, while another reads: “Proud of you.” In 2019, the online retailer Moonpig launched a collection with the Samaritans – personalised cards were emblazoned with messages such as: “Matthew, I’m not sure how to help but if you need me, I’m here.” Fergusson says there has been a recent rise in “man-to-man” sending, but GCA research suggests 85% of cards are bought by women.

Poundland sells 40,000 engagement rings ahead of Valentine’s Day – BBC News
The £1 “Bling Rings” and “Man Bands” are meant to be used as “placeholders” for proper rings, it said. But one analyst described such promotions as “increasingly desperate”.

And here’s a modern take on that Vinegar Valentine idea.

Name a cockroach after your ex and watch an animal eat it on Valentine’s Day – CNN
For just $5, zoo staff will name a cockroach after your former lover and feed it to an animal at their “Cry Me a Cockroach” event on Valentine’s Day. And if your ex-boo was an especially snakey one, pay $20 more to have them name a rat and feed it to a reptile instead. 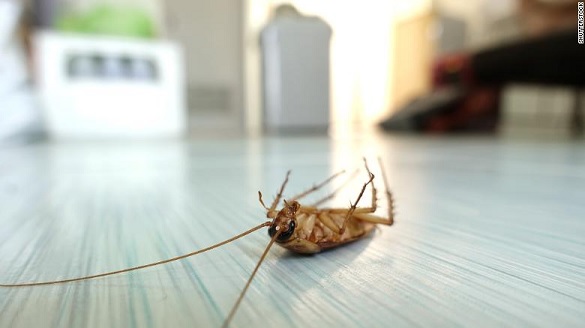 Happy Valentine’s Day! Did you get any cards this year? Let’s hope you didn’t receive one of these.

The rude, cruel, and insulting ‘Vinegar Valentines’ of the Victorian era – Atlas Obscura
In the 1840s, hopeful American and British lovers sent lacy valentines with cursive flourishes and lofty poems by the thousands. But what to do if you didn’t love the person who had set their eyes on you?

In the Victorian era, there was no better way to let someone know they were unwanted than with the ultimate insult: the vinegar valentine. Also called “comic valentines,” these unwelcome notes were sometimes crass and always a bit emotionally damaging in the anti-spirit of Valentine’s Day. 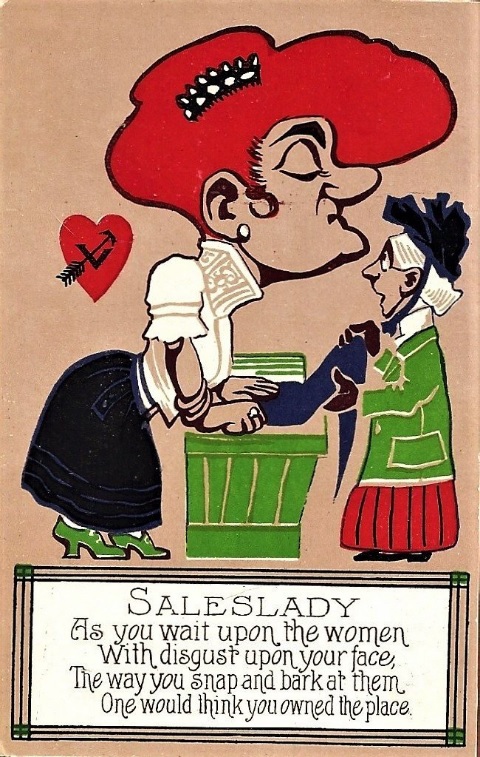 OK, so let’s assume your Valentine shares your feelings and agrees to go on a date. What could possibly go wrong?

Stupid Cupid: Valentine’s Day disasters, as seen by waiters – The Guardian
While some of us make too much effort on Valentine’s Day, others haven’t even mastered the first rule of dating: don’t perv on someone who is not your partner. Stephenson-Roberts observes that “wandering eyes” are a common feature of the evening. Digital flirting isn’t unheard of, either. Peppe Corallo, bar manager at London’s Kitchen at Holmes, remembers one woman who suddenly started screaming at her boyfriend during dinner. Why? He had been checking Tinder at the table. She hurled her champagne in his face before storming out. Unsurprisingly, her sodden lover soon paid up and left too. “I felt bad for him in some ways, but at the same time, don’t put your phone on the table where your girlfriend can see,” Corallo advises.

Sure, shopping on Amazon is not without its issues…

Amazon Choice label is being ‘gamed to promote poor products’ – The Guardian
Which? highlighted a number of examples of manipulation that seemed to lead to unwarranted selection as an Amazon’s Choice product, including a car dashcam that had at least 24 written reviews mentioning the offer of a free SD card in exchange for a positive review, and a pair of wireless headphones that had close to 2,000 reviews thanks to the use of a feature called product merging – the majority of the positive reviews were about unrelated products including acne cream and razor blades.

… but if you’re worried about feeling a little left out next Friday, Amazon’s got your back. 1

Amazon Dating: The Future of Dating
Hot singles near you starting at $4.99 with Prime delivery. 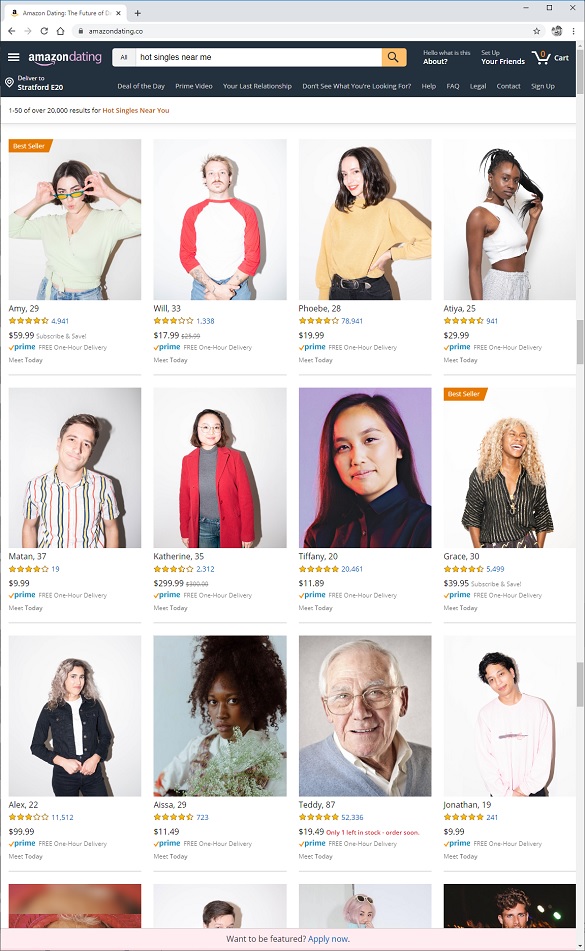 With a range of ages, styles and price points, there’s bound to be something for everyone. 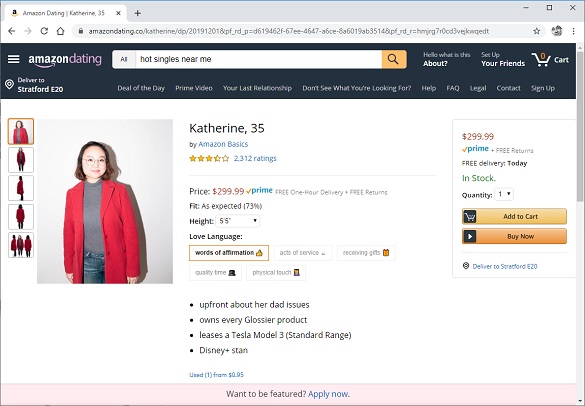