You could say that Matan Stauber’s final year project at Bezalel Academy of Arts and Design took millions and millions of years to create.

Histography – Timeline of History
“Histography” is interactive timeline that spans across 14 billion years of history, from the Big Bang to 2015. The site draws historical events from Wikipedia and self-updates daily with new recorded events. The interface allows for users to view between decades to millions of years.

For all you lazy students out there, here’s a way you can present any Wikipedia article as a real academic source.

M-Journal subverts academia by morphing Wikipedia into a reliable source
Caveat lector, let the buyer beware. These are the words at the end of the Wikipedia page that informs users that attempting to use Wikipedia as a reliable source of cited material comes with a continuous and present risk. Across academia it is a known operating fact that Wikipedia is not an accepted source for research papers and the lot. That hasn’t stopped students from using it and thanks to M-Journal, disguising it.

As the article goes on to say, it’s “ingenious as much as it is ridiculously dubious.”

Website M-Journal will turn Wikipedia articles into “real” academic papers
One of the funnier parts of the M-Journal is that if your teacher does ask for a link to the academic paper, the site will generate a fairly convincing-looking link. But it has a fake paywall, so you can’t see the whole thing.

And we all know that no one ever goes past the paywalls on academic journals.

(Not that the ‘real’ ones are necessarily any better, of course.)

This whole scheme will only work if academics are kept in the dark, otherwise the game is up. Let’s hope the word is getting out — I think the sector has enough fakery problems without this adding to the mix.

I read another great Quartz Obsession email the other day, this time on Wikipedia.

Earlier, I shared some articles on two celebrated Wikipedia editors, Steven Pruitt and Jess Wade. This one is about the project more generally, its history and controversies, as well as some fascinating lists.

Wikipedia
“The wiki rabbit hole is the learning pathway which a reader travels by navigating from topic to topic while browsing Wikipedia and other wikis,” says Wikipedia. Intrinsic learning—to learn something for its own sake—is the number one reason people use the site. And truly, there is so much weird stuff to discover.

In 2011, Wales told Esquire that one of his favorites is the entry on the Metal Umlaut. Quartz editors nominated the following as their favorite Wikipedia pages: Bloop, List of largest cosmic structures, Gardiner’s Island, The hum, List of common misperceptions, Observable universe, Sodor’s legend of the lost treasure, Animals with fraudulent diplomas, Longest flights, Emperor Norton, Inventors killed by their own inventions, Impossible color, and What Wikipedia is not. And you could spend a day following every link in Unusual articles and List of lists, two Wikipedia metaguides to eclectic content. 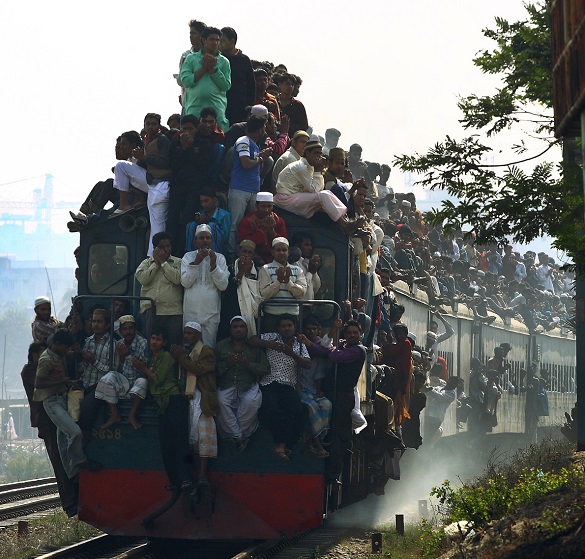 Here are some other Quartz Obsessions I’ve enjoyed. You should sign up too, if you haven’t already.

Anyone can edit Wikipedia, and you can start articles about anything you like. And yet, as physicist Jess Wade notes, “somewhere between 84% and 91% of Wikipedia editors are male” and “only 17.7% of Wikipedia biographies written in English are about women.”

Why we’re editing women scientists onto Wikipedia
What we choose to edit is informed by what we know — not only in terms of our scientific expertise, but also from our own lived experiences. For women and people in other under-represented groups in science, that knowledge includes an intimate understanding of how our contributions are downplayed or outright erased from the history of science. The Wikipedia community should reflect the populations it serves — in race, ethnicity, gender and sexual orientation. The US National Science Foundation has invested money to understand and bridge the gender gap on Wikipedia, and we are hopeful that more efforts to better recognize the contributions of all other under-represented groups will follow.

It sounds like a huge, thankless task, though some appreciation and recognition seems to be coming her way.

Jess Wade one of Nature’s 10
Nature notes that when Jess started writing a Wikipedia page every day, she didn’t expect her efforts to earn her global attention. She was simply trying to correct the online encyclopaedia’s under-representation of women and people of colour in science. But in July, when she tweeted about a trollish comment she’d received about the work, it prompted an outpouring of support and a big boost for her quest. “That wouldn’t have happened without that one mean comment,” she says.

Meet the physicist on a mission to change perceptions of women in science
Dr Jess Wade has a much higher profile than most scientists conducting research into chiral organic light emitting diodes. When I mention to a friend that I’m interviewing the 29-year-old physicist, that friend – who has not been in a science lab since her GCSEs – brightens with recognition. “Oh, the Wikipedia scientist?” she says. “I’ve heard about her! She’s so cool!”

A physicist is writing one Wikipedia entry a day to recognize women in science
Wade, who works in printed electronics and creates light-emitting diodes, said she doesn’t find herself notable enough as a scholar. Yet Ben Britton, an engineer in the Department of Materials at her college, created a Wikipedia page about her. And Wikipedia hasn’t deleted it.

“I know I’m not notable enough yet as an academic, and it has become a space for trolls to nominate me for deletion and basically discuss how rubbish I am!” Wade said. “I’m much happier talking about how great other people are other than anything I’ve achieved.”

This isn’t just an issue with Wikipedia, though, as she explains in this interview with Wired.

We’re all to blame for Wikipedia’s huge sexism problem
The lack of diversity in science is not only an issue of equality, but impacts the science that we study, the real-world applications we create as well and the environments that researchers exist in. The questions scientists ask, the problems science seeks to solve, and the assumptions scientists bring to their research are all informed by researchers’ lived experiences.

Ensuring a diversity of experiences and backgrounds are included in the research endeavour is essential for correcting biases and pursuing a diverse set of questions. Representation of currently underrepresented groups is therefore not a mere matter of justice, but a requisite for doing good science.

I’ve been enjoying (if that’s the right word) Wired UK’s recent articles on how technology is being used against us.

A bitter turf war is raging on the Brexit Wikipedia page
Other debates revolve around the Brexit jargon and the page’s 19-word-strong glossary. Is Leaver the best way to refer to Brexit supporters, or is Brexiteer more common? And is “Remoaner” the remain-supporting version of “Brextremist” or is the latter somehow nastier? A recent question on the Brexit talk page, where editors discuss changes to the article, raises another question about the term Quitlings. Is it something to do with quislings, and if so, shouldn’t the glossary mention that? For now, the consensus is that yes, it is a reference to the Norwegian Nazi sympathiser Vidkun Quisling – whose name has evolved into a synonym for traitor – but that the term isn’t widely used enough to justify including it in the article.

The Brexit Party is winning social media. These numbers prove it
The extraordinary level of this online engagement is inextricable from the populist nature of Farage’s message. “Polarised content does brilliantly, hence Farage has significantly more reach than any of the main political figures of the UK,” says Harris. “His content will receive significant numbers of shares, comments (both positive and negative) and likes and negative dislikes, and will have more organic reach than content from mainstream political parties that people like to see in their timeline but don’t like or comment on it because they passively agree with it.”

The EU elections are next week. Fake news is not the problem
Information operations are rarely about changing the things people believe, but changing the way they feel. Anger and fear are not things we can correct with better facts. As we head into the EU election, this fact should be at the forefront of our minds. Media monitoring is vital, and the work of fact-checking organisations to identify, correct and call out false information is a necessary and valuable part of this. But it is crucial that we look beyond the accuracy of the news, and zero in on how the media ecosystem as a whole is being manipulated. Inflammatory trending stories, harassment of journalists, feverish online debates – the public discourse behind all of these is being pushed and prodded by those who want to see us angry, divided, and mistrustful of each other.

The secret behind Gina Miller’s anti-Brexit tactical voting crusade
Miller’s Remain United campaign uses a technique called multilevel regression and poststratification (MRP) to analyse polling data and identify which Remain-supporting party stands the best chance of winning seats in the European elections on May 23. Remainers are encouraged to vote for those parties in order to secure a sizeable pro-EU representation from the United Kingdom in the European parliament.

Here’s a guy who has a thirst for knowledge.

Meet the man behind a third of what’s on Wikipedia
Steven Pruitt has made nearly 3 million edits on Wikipedia and written 35,000 original articles. It’s earned him not only accolades but almost legendary status on the internet. […]

“I think for a long time there was an attitude of, ‘That’s nice, dear. The boy’s crazy. I don’t know why he wastes his time, the boy’s crazy,'” Pruitt said of what his parents think of his volunteer gig. That may have changed when Time magazine named him one of the top 25 most influential people on the internet, alongside President Trump, J.K. Rowling and Kim Kardashian West.

I took a leaf out of Steven’s book and tried research a little wider to look for some more articles about him. Here’s one from the alumni magazine of the William & Mary University in Virginia.

Steven Pruitt ’06: Wikipedia’s most prolific editor
He began dabbling in Wikipedia when he discovered the online encyclopedia while he was attending William & Mary as an art history major. The first article he wrote was about Peter Francisco, a Portuguese-born Revolutionary War hero known as the “Virginia Giant” who was also Pruitt’s great-great-great-great- great-great grandfather on his father’s side of the family. Since that first contribution, he’s written more than 31,000 other articles — some, he acknowledges, with the aid of a template.

“He cares so intensely about the spread of knowledge,” says Bethany Brookshire ’04, a friend from college who lives in the Washington area. “The instant he learns something, he has to tell you.”

I wonder if he’s been tempted to edit his own entry on Wikipedia. The page has certainly been quite busy this month, with this fresh set of articles about him doing the rounds.

The people who update Wikipedia pages when celebrities like Aretha Franklin die
The British hacker-culture newsletter B3ta recently asked its readers a question for the ages: “WHO THE HELL UPDATES CELEB DEATHS ON WIKIPEDIA SO QUICKLY?” After noticing seemingly instantaneous editing this year to the pages for Aretha Franklin, Stephen Hawking, and Anthony Bourdain, I became curious too: What kind of person wants to share this sad news with the world, and did they (perhaps perversely) enjoy it?

(Since joining 14 yeas ago, I’ve made a grand total of 30 edits to Wikipedia…)

Jason Kottke makes a great point about supporting Wikipedia in the light of the significant reliance we, and some very substantial tech companies, place upon it.

I don’t know a great deal about the Wikipedia open data projects, but there are some great data visualisation examples here. One of them even mentions Borges, what more do you want?